Patrick Nourget (Tours / France, 1969) Designer, studied at EDSI Paris He opened his studio in Paris in 2000 and in 2009 he is named Furniture Designer of the Year. Patrick Norguet approaches objects from a graphical perspective. As a child, he always preferred sketchbooks to textbooks. A stint in industry and design studies mark the unusual profile of this constructive rebel.
He joined the clique of creators that matter after his now famous Rainbow Chair caught the eye of Giulio Cappellini in 2000. Patrick Norguet sees design as an encounter with a manufacturer whose creative intent is shaped by technical and economic constraints and the expectations of a user it hopes to seduce discreetly, yet lastingly.Always drawing inspiration from his surroundings, Patrick Norguet aims to create products whose relevance and modernity will withstand the test of time. Today, he is a leading player on the international stage. 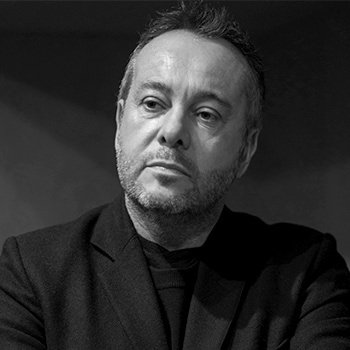