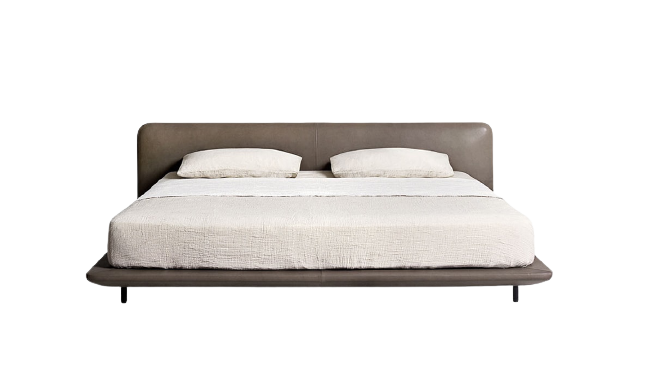 The slim lines of the Blendy collection can also be found in the bedroom. The upholstered bed, a light structure covered in fabric with top-stitching that accents the headboard and bed base, is inviting, versatile and relaxing. Well-balanced and with the right proportions, it blends with any setting, also thanks to the wide assortment of fabrics, textures and colors.

HEADBOARD: structure in steel and wood. Padding in variable-density polyurethane foam and polyester wadding covered
with light polyester velvet. For the FR (Fire Resistant) versions on request, the filling materials comply with the current regulations.

BASE: structure in steel. Base with slats in bent beech plywood. Wooden bed frame, covered with light polyester velvet.
For the FR (Fire Resistant) versions on request, the filling materials comply with the current regulations. 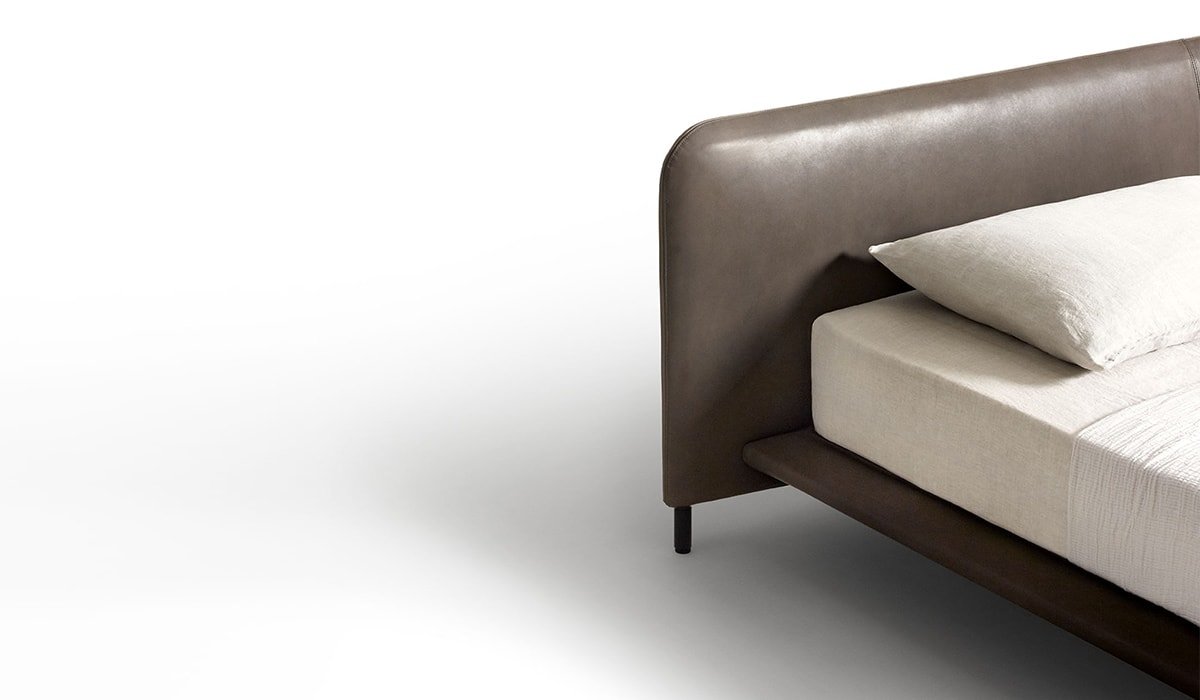 Omi Tahara ( Kanagawa / Japan, 1977 ) is a self-taught designer based in Milan.
Omi was impressed by the profundity of modern designs while completing his studies in civil engineering in Japan. Soon after, his own design work has been started.

In 2002, he was awarded a special prize of French design magazine INTRAMUROS, then he moved to Milan in 2003 to collaborate with Milan based designer Kazuhiko Tomita who deeply related with Vico Magistretti, and Omi formed the basis of design abilities through this collaboration.
After Tomita, Omi collaborated with an Italian designer Francesco Rota in Milan. Omi had practical experiences of Italian design world through this collaboration. In 2011, he set up his own practice in Milan focusing on product design and creative direction for various clients.
His creation is focused on the shapes, materials, functionalities, eras, universalities, culture and more. The dialogue with the manufacturers is also important for his work. He received international design awards, including Red Dot Design award, iF design award and more.