In 2009, Pascal Mourgue brings us Cityloft, with a ‘classic international’ style ‘to last longer than just a fashion’.
A light high-legged structure beautifully accommodates the soft, sophisticated cushions. The armrests in matt black lacquered moulded aluminium are a technical triumph, a perfect foil to an attractive, functional design.

Facebook
2D - 3D models Product sheet
Technical Specifications
CONSTRUCTION
Seat/back in ‘mechano-soldered’ steel with
elastic webbed suspension on seat, supported
by a metal element which acts as both front foot
and armrest. This element is made from black
lacquered case aluminium to match the rear
legs.

COMFORT
Back and seat cushions are in high resilience
polyurethane Bultex foam 38 kg/m3 – 3.6 kPa
with a comfort layer in ultra-flexible polyurethane
foam 30 kg/m3 – 1.8 kPa. The backcushions
are clad in 110 g/m2 polyester quilting and are
complemented with a small feather-filled lumbar
cushion.
The 2 settees have arm cushions (foam +
feather) which are designed to mould
themselves to the sweeping curve of the
aluminium arms. 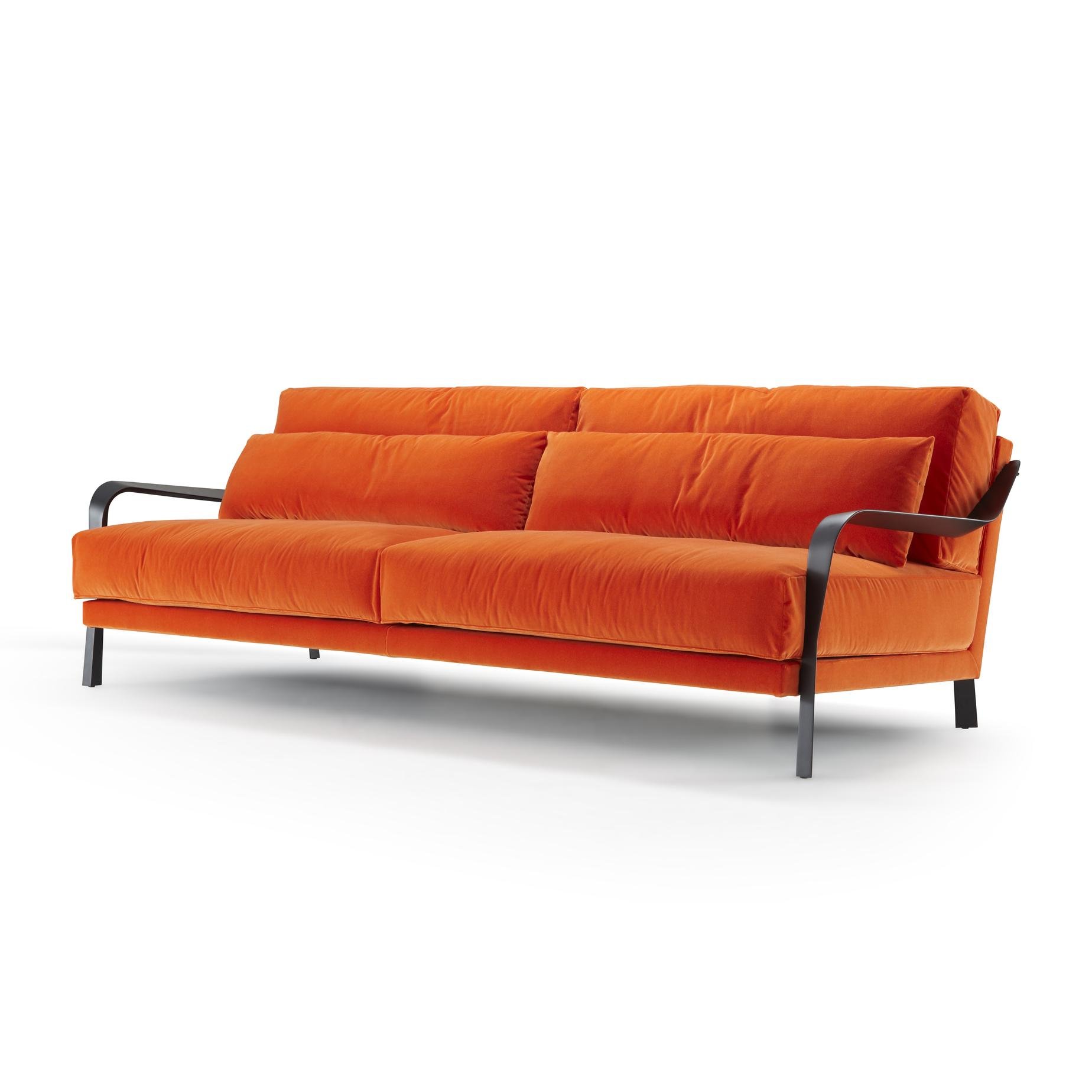 1962 : made the acquaintance of Charlotte Perriand by telephone.

1994 : designed his first collection for Cinna, including most notably the Calin armchair.