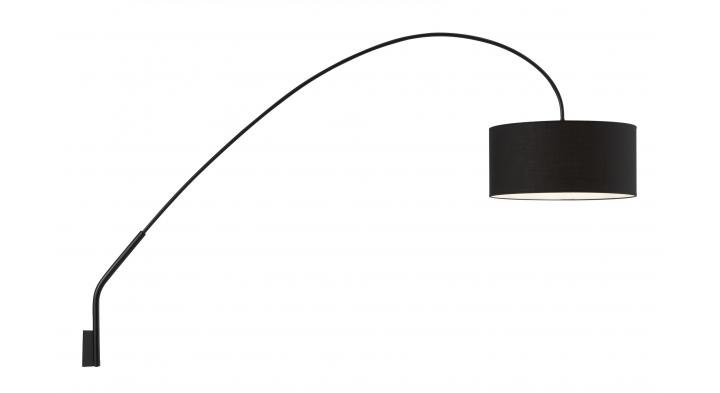 Structure and base in black lacquered steel; black chintz shade mounted on a ball joint; black cable; foot dimmer located 185 cm from the head of the cable. The dimensions indicated above relate to the maximum overall dimensions. Supplied with 1 x 105 W E 27 standard bulb (classic A).

1962 : made the acquaintance of Charlotte Perriand by telephone.

1994 : designed his first collection for Cinna, including most notably the Calin armchair.