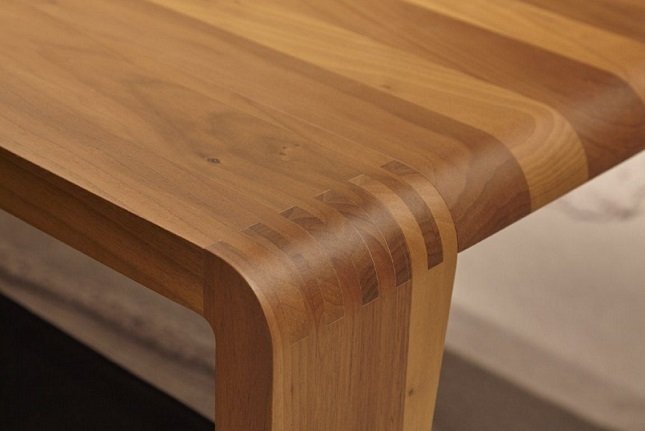 In the case of the Spirit of Forest table, Peter Maly almost lets himself become lyrical, complementing the rectangular top with softly sloping trapezoidal legs

Facebook
Product sheet
Technical Specifications
In the case of the Spirit of Forest table, Peter Maly almost lets himself become lyrical, complementing the rectangular top with softly sloping trapezoidal legs.
The rounded shape of the top's extremities also helps soften the severity of the walnut.
The comfortable 100 cm width of the top may be perfectly customized with a choice of 9 lengths, from 160 to 240 cm (gradations of 10 cm).
Dining table entirely made from natural varnished solid European walnut. Decorative finger joint detailing at junction of legs and top.
The dimensions indicated are those of the top. When calculating the total area of the table, 8 cm should be added to the length (owing to the slope of the legs) 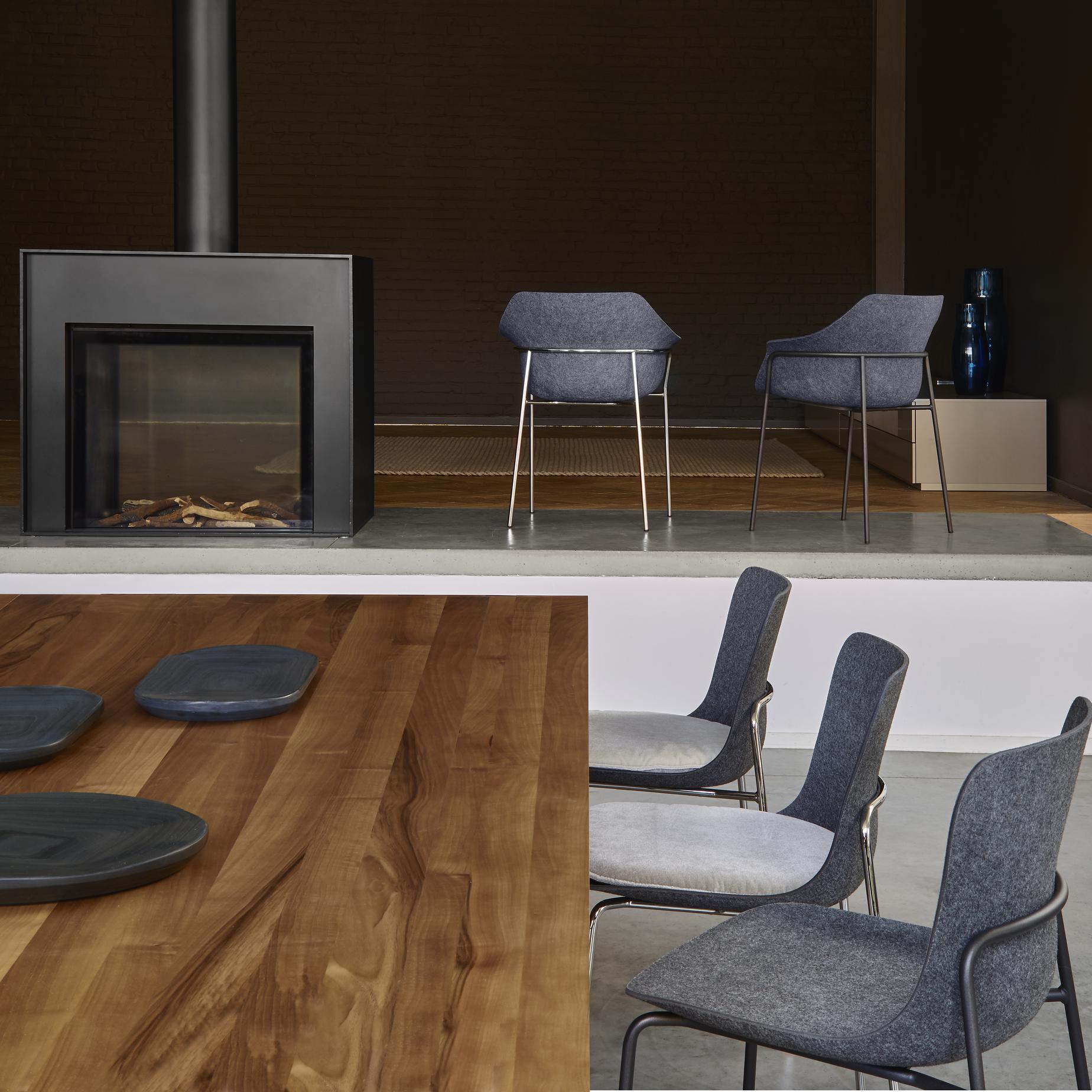 Between 1960 and 1970 he worked as a journalist and interior designer for a German interiors magazine.

He opened his own design and interior architecture studio in 1970.

He has worked for many years with companies such as Anta, Behr, Cinna, Cor, Interlübke, Jab Anstoetz, Ligne Roset, Mauser, Thonet et Tonon.

His scope of works takes in product design, textile design and ‘exhibition design’ for certain events such as trade show stands for Ligne Roset. In addition he has worked on the design and fit-out of Ligne Roset stores all over the world, including Moscow, New York, Hamburg and Berlin.

His works have been recognised with numerous design awards.