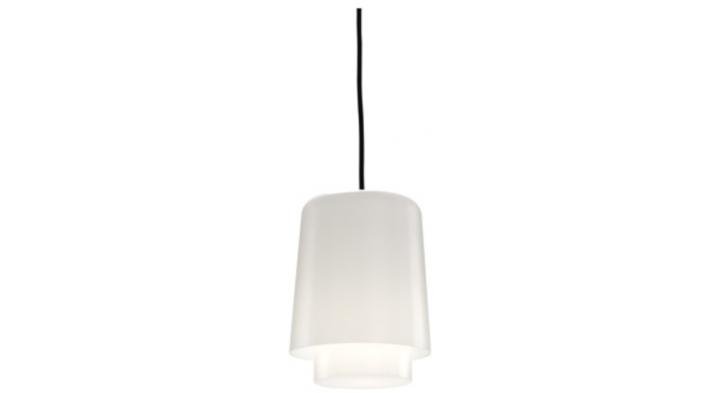 The ARIANE OUT light makes it possible to create an arrangement of points of light outdoors, either by using the (optional) hook or by looping the flex over a branch or even resting it on the ground or on a table.

Shade in rotomoulded polyethylene (PE). Cylindrical diffuser in rotomoulded polyethylene. 5 m black neoprene cable. No switch. No fitting, the light is simply plugged in. Supplied with 1 x 15 W E 27 compact fluo spiral bulb, colour 840 (cold white). Outdoor light (ingress protection rating IP65). Not available in 110V.
THIS LIGHT IS SOLD WITH AN ENERGY CLASS A BULB.
IT IS COMPATIBLE WITH BULBS FROM ENERGY CLASSES A++ TO B.

Born in Lyon (1979), a mechanics graduate from the institut universitaire de technologie de Lyon, he then went on to study design at the école cantonale d’art, Lausanne.

After his graduation in 2004, he moved to Paris, where he began working as an assistant to Pascal Mourgue. In 2005, he worked in the office of Andrée Putman and began working on his own projects, designing Cage, a collection of lighting, for Mat&jewski. Since 2006 he has been workign as an assistant to Ronan & Erwan Bouroullec, also continuing with his own projects for Ligne Roset and Oliban. In 2008, his Ariane light for Ligne Roset was awarded the Red Dot Design Award.