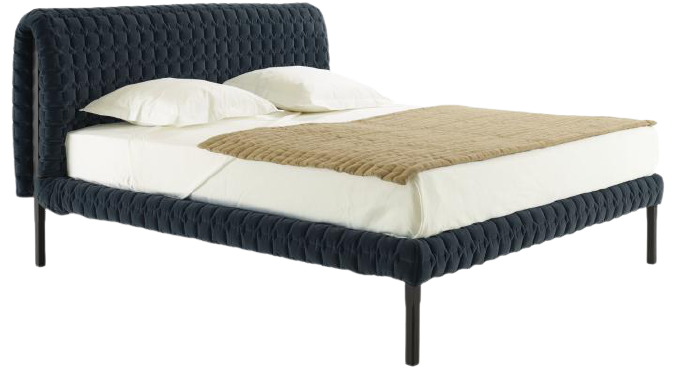 As with the Ruché settee, the Ruché bed is lifted from the ground by a simple, fine structure which supports a comfortable sleep platform. The headboard and frame are dressed with a distinctive quilting, a kind of boutis stitch of padding made using a cross-hatching of interrupted seams.

Alternately flattened by the stitches then set free, the fabric ‘curls’ in places, giving rise both to its unique appearance and to its name, Ruché (a gathered or pleated fabric which serves as decoration on a piece of clothing). For Ligne Roset, Ruché also brings together the unusual and the traditional. The unusual thing about this piece is its solid wood structure, and the great traditional element: the quilting, the very heart of its savoir-faire. Its rangy uprights and the undulations of its duvet combine to produce a harmonious union of rigorous straight lines and soft, welcoming curves.

HEADBOARD
This may be ordered on its own, in which case it must be fixed to the wall using the fixing rail supplied. Made from 3 layer chipboard with a
covered quilted with 300g/m² polyester quilting and hyperflexible polyurethane foam 30 kg/m³ -1.8 kPa. Only the front has the characteristic
Ruché finish. The edges are 'smooth' and the back (not visible) is covered in a backing cloth.
The headboard cover is not removable. Heightadjustable feet enable all heights of skirting to be accommodated.

FABRICS
Most plain fabrics may be used with the model Ruché: velours, wools, thick cloths, microfibres and leathers. 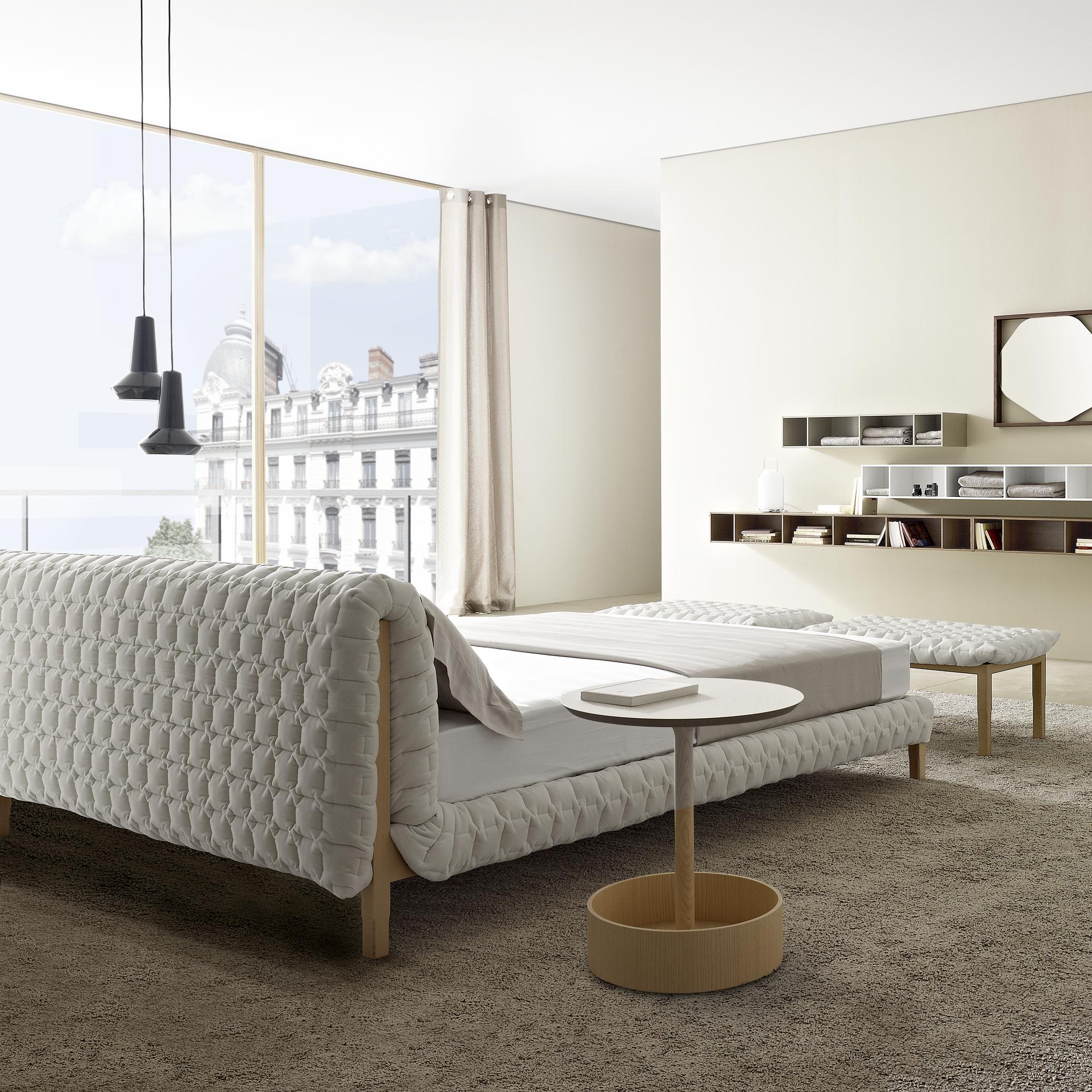 Inga Sempé was born in Paris in 1968. She graduated from ENSCI-les Ateliers (Ecole Nationale Supérieure de Création Industrielle), Paris in 1993. She was artist in residence at the Villa Medicis (Académie de France), Rome between 2000 and 2001. She opened her own design agency in 2000. She was awarded the Grand Prix de la Création en design de la Ville de Paris in 2003. Amongst others, she collaborates with Cappellini, Edra, Ligne Roset, Magis, Baccarat, Pallucco, David Design. She lives and works in Paris.