Born in Milan in 1948, she graduated in architecture at the Politecnico di Milano in 1972 as part of a research team led by Aldo Rossi. Between 1973 and 1986 she collaborated with Francesco Ridolfi, engaging in numerous designs interiors projects for both residential and offices.

Since 1986 she works indipenently in Milan, taking care of renovation and interior design of private residences, offices and professional studies. Among his achievements there are offices in Milan, apartments in Milan, Rome, Venice, London, Brussels, mountains apartments in Skt. Moritz, Crans-Montana and Valle d’ Aosta, houses and villas in the countryside and the sea in different locations in Lombardy, Tuscany, Piedmont, Puglia, Liguria and St. Tropez. Her works have been published in several interior design magazines and design books in the following : MODERN ITALIAN heritage in design – New York 1989 THE DESIGN IN ITALY – Turin London 1999. 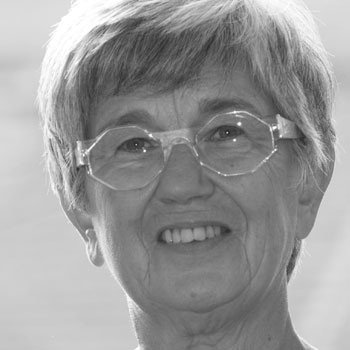